After a long career, filled with numerous awards and distinctions from around the world and being licensed as an instructor in seven different countries, the Long Island Dressage Association (LIDA) was proud to finally honor Raul de Leon for his many years of service in furthering the sport of dressage on Long Island, a place he has called home for many years.

Raul moved to the United States, from Cuba, in the 1960s. A former Cuban junior jumping champion, he furthered his career in the United States by working closely with former United States Equestrian Team Coach Bertalan de Nemethy. From 1984 to 1990, Raul and Tad Coffin, an Olympic three-day eventing gold medalist, served as co-directors of the Westmoreland Davis Equestrian Institute at Morven Park in Leesburg, Virginia. When his contract ended with Morven Park, he returned to Long Island, where he continues to teach and train to this day. Raul has spent many dedicated years sharing his dressage knowledge and expertise with his students.

Raul is well-known and respected for applying classical principles to all disciplines, and has produced generations of talented riders for our sport. Throughout his career, he taught instructors’ clinics, co-sponsored by the FEI and the International Olympic Committee, in South and Central America. In 1994, he was honored as American Riding Instructors Association’s (ARIA) Instructor of the Year. Then in 2008, Raul was awarded the prestigious designation of Master Instructor, ARIA’s highest honor.

The Long Island Dressage Association presented Raul with his Honorary Membership at a recent General Membership Meeting. Raul was presented with a ribbon and a personalized plaque. Many of Raul’s students shared stories of when they first met Raul, and how much he has taught and inspired them throughout the years. Many thanked him for the seemingly endless patience he displays during lessons, never getting upset about repeating himself over and over (and sometimes over again)! What mattered to him was teaching the importance of perfecting the basics of dressage. One student spoke of how much she admired Raul for his genuine interest in teaching. She mentioned that he pays the same amount of strict attention to detail with his beginner riders as he does during lessons with his most advanced students. Raul feels each student is equally deserving of quality instruction. Those in attendance could see the student’s admiration and respect for Raul.

After he was presented with his award, Raul reminisced about his younger days, and shared stories of how he first learned to ride, and the series of events that led him to the United States from Cuba. Raul was very touched by the evening that was held in his honor.

Raul’s impact is far reaching, and the Long Island Dressage Association is proud to honor him for his service to our sport. Congratulations Raul, and thank you for many dedicated years of furthering the sport of dressage!

Classical Dressage: From Dallying a Rope on my Saddle Horn to Breeches and Tall Boots 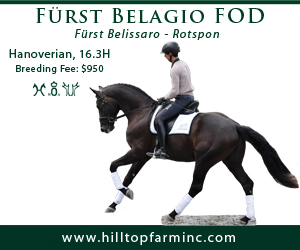 Who do you have on your team?

When is your favorite time of day to ride? Poll Results

Ravel: A Hall of Fame Career

Who do you have on your team?

When is your favorite time of day to ride? Poll Results

Ravel: A Hall of Fame Career

ABOUT US
YourDressage is a publication of the United States Dressage Federation.
Contact us: publications@usdf.org
FOLLOW US
MORE STORIES

A Day in the Life of a Dressage Photographer

The Relationship That “Reins”